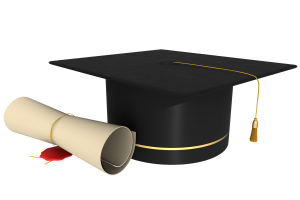 There is much compelling data and evidence about the benefits of getting a higher degree. I often wonder why people still question the value of getting an advanced degree. Here are some truths about people and their perspectives about college that I have come to discover over my nearly 20 years in HR related work:
For example, the other day I interviewed a 20-year-old woman who was telling me that she wanted to work and make as much money as possible so that later she could attend college without having to work and attend at the same time. She didn’t want to get student loans and go into debt for getting her college degree, either. As I dug in deeper to understand more about what she wanted to do with her career – beyond getting a college degree – all she could tell me was that she was interested in working with children but had no idea in what capacity that she wanted to work with children.
Over the years, I have interviewed tens of thousands of people and have often inquired as to why people earn different college degrees. More often than not, it wasn’t about pursuing something that was interesting to them, it has mostly been about chasing the salary.
Even just the other day I was talking to a business operations director who earned a degree in accounting – not because he loves numbers or is interested in doing anything related to accounting. He got the degree because his wife wanted him to get a “career” going and told him to go get a degree in accounting. He said she knew that she was right and that he needed to get on with his career. So in his mid-twenties he entered college for the first time and in 5 years earned his accounting degree while working full-time, being a husband and a father to two children. He referred to that time as “5 mind bending years”. 15 years later he doesn’t use his accounting degree at all.
I went to college because my parents always told me that I was going to go to college, that I was going to become an elementary school teacher, and that I was going to attend to Dominican University because it was near my grandparents home and that I was going to live with them while in college to save on room and board.
I did in fact go to Dominican University, even though I applied to other universities and got in as well. I think it was just ingrained in me from a young age that Dominican was where I was going to go and was going to earn a degree in elementary school education. However, within my first semester I realized that I didn’t want to be a school teacher right out of college. So instead of earning a degree in elementary education, I decided to get a degree in international relations which also led to a degree in art history.
All-in-all, earning an advanced degree helps people to secure better paying degrees. If you get a degree in something you love, or a topic that isn’t as interesting to you, a college degree is still a degree.
If you could go back and earn a different college degree, what would you study? Would you even go to college and earn a degree?