One of my favorite ways to on-board new employees is to take them out to lunch. I’m not talking about the big massive group lunch where everybody from the team or department goes, rather I’m talking about one-on-one lunches that allow individuals to get to know the new employee and vice versa. 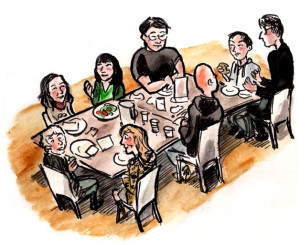 When you go out on a group lunch the conversation tends to be very general and not meaningful. People tend to laugh and have a good time joking around with each other, etc. But there’s always that one person on the team who commandeers the conversation and has a lot to say about everything. You know that guy… The group lunch turns into less of a “get to know you” session and more of a “oh boy, so-and-so is going off on a tangent again” session.

Contrast that group lunch experience to your experiences when you’ve gone to lunch with just one other person. You really get to know the other person and understand who they are as an individual, coworker, and all of their different roles in life. These one-on-one lunches are much more effective for spending time with the new hire. 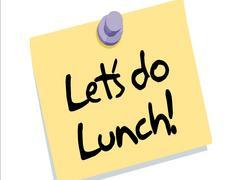 I remember years ago when I was new to a company there was a gentleman on the team who consistently offered to go to lunch with me. I really appreciated that Josh was so kind and regularly invited me to join him for lunch. This was especially helpful at the beginning of my job because there were a lot of things about the work that were new to me. There was a whole slew of new terminology, technical terms and jargon, and I was doing my best to understand the culture of a new company.

It was really wonderful to have Josh’s support as a started with that company. I was there for about 5 years and as I look back on it, Josh was an important part of me having a successful start at that company.

Josh was not told to take me out to lunch rather he just did it because he was a nice guy. Twelve years later, I look back with fond memories and would do anything to help Josh because he was such a kind and courteous team member when I needed it most!

Keep in mind that just as you are nervous and excited about having a new hire join your team, they are equally as nervous and excited about joining your team. So make it a priority on their first week of the new job to take them out to lunch and get to know them on a personal level. Help them understand who you are on a personal level as well.
What does your company do to help new employees to get to know each other?