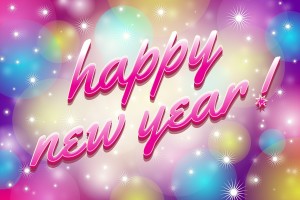 Years ago, I heard a pastor on the radio (I’m a K-LOVE radio addict) recounting how he doesn’t set New Year Resolutions. Instead of resolutions, he focuses on one word for the year. His word for the previous year was “charity”. He explained that he didn’t give away everything he owned to be more “charitable”, rather he spent the year with a focus on improving charity in his life. He had done that by doing things including:
1. Thinking charitable thoughts and actions toward his wife.
2. Studying the word charity in scriptures.
3. Approaching his interactions with his congregation with a more charitable heart, and so forth.
With a word of the year focus, this pastor was still accomplishing great things in his life every day and didn’t have a list of New Year’s Resolutions.
I thought his approach was brilliant because it was the second week of the New Year and I was already feeling overwhelmed with too many demands. Instantly, the word “no” came to mind for me. I needed to learn how to say “no” so that I wouldn’t continue to feel overwhelmed.
For the rest of the year I practiced saying “no”. I whittled down my commitments to those which truly aligned with my personal brand. Soon enough I was less overwhelmed and enjoying life more.
Since then, I’ve always had a word of the year instead of New Year’s Resolutions and the results have been more impactful in my life.
Have you tried a word of the year?