How to Determine the Right Leadership Title

At some point in your career you will become a first-time manager. It may start off as a team lead position, a supervisor, or directly as a manager. Different companies will have different types of titles for leadership positions in the company. When you think about titles, don’t fret over the actual title name in your first role because it’ll morph over time.

There are many different leadership structures because companies are different. The actual title name will not mean that much at the beginning of your career. The actual management titles will definitely mean something more later in your career – around the 10-year mark.

You’ll notice that the manager part is simply added to the type of work when it’s your first time as a manager. Your title could be something along the lines of:

Let’s follow a likely progression of titles for a Software Developer who is moving into leadership and up:

Sometimes people move up through a “technical track” instead of a “managerial track”. The technical track might look like the following for the Software Developer: 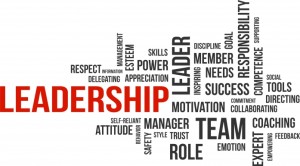 In both of those examples, the Software Developer could end up as a CIO/CTO but arriving there with slightly different paths – one path more people focused, the other more technology focused. It’s important that YOU decide what is more interesting to you. If you’re not great at being interested in and wanting to developing people, you’ll probably want to stay on the technical track. But being on the managerial track doesn’t preclude you from growing as a technologist, it just means that you’ll spend A bulk of your time with more people development tasks.

In the end, determining the right title is predicated on your long term goals with your career. Make the choice to focus more on technical development or people development. Then, get on that path and stick with it! You’ve got a lot to learn on either path!